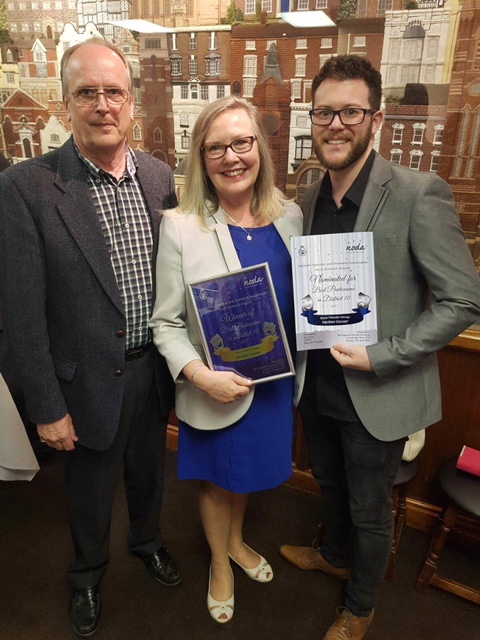 At the Regional Awards Ceremony for Region 10 of the National Operatic and Dramatic Association, West Midlands Region, Kays Theatre Group was delighted to be awarded Best Pantomime 2017 for their production of Mother Goose.

The award was presented by Ian Cox, Regional Councillor and Nick Lawrence, National President to Kays’ Joint President, Chris Cassidy and member, Matt Sudworth who played the part of Justin in the production.

Chairman of Kays Theatre Group, Sue Cassidy said “We were thrilled to be nominated again in the category of Best Pantomime.  In fact, it makes it ‘three in a row’ for director duo Paula Dymock and Rachel Sedgley, and we are fortunate to have such talent at the Group’s disposal.  The icing on the cake was to actually win the category and scoop the prize for Best Pantomime 2017.